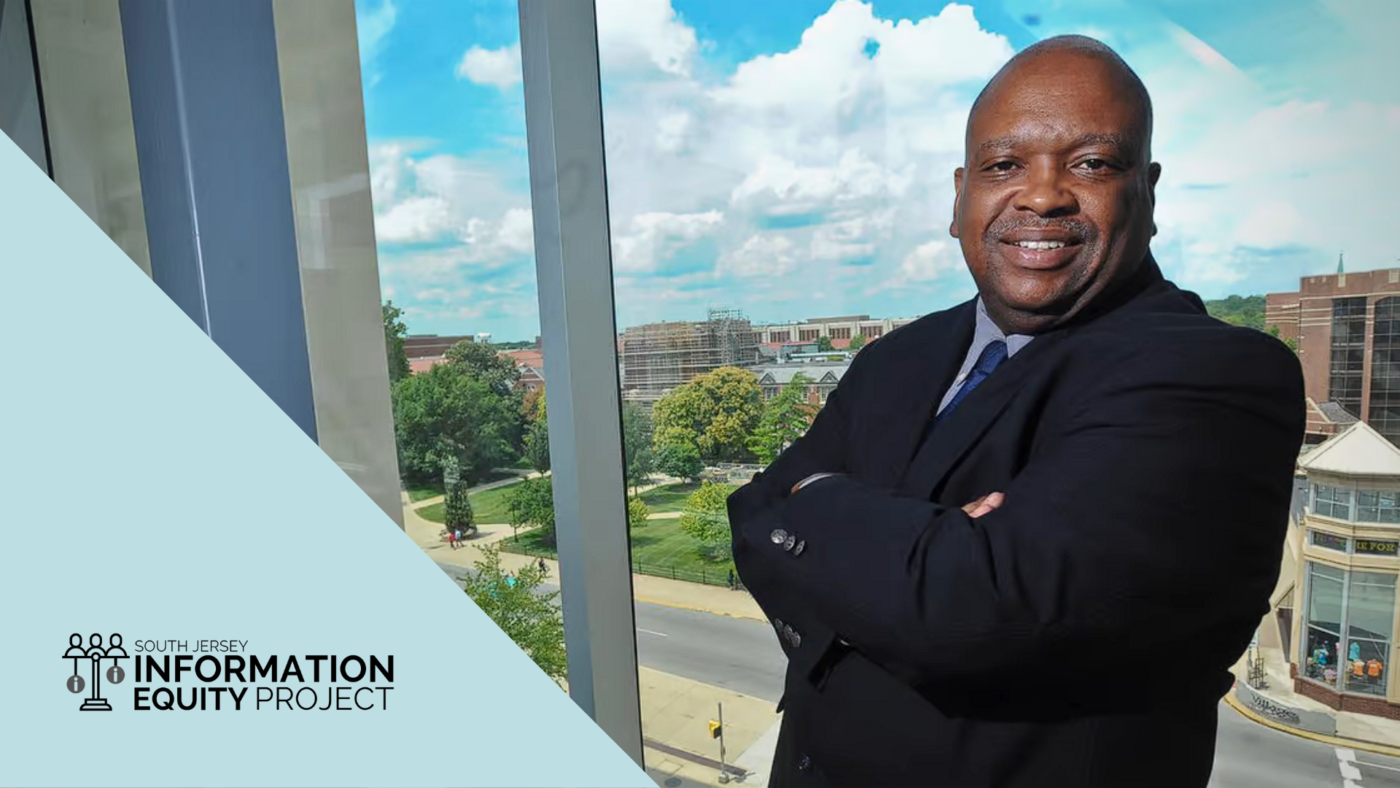 Editor’s note: This profile is the first in a series highlighting Black journalists in South Jersey. Clyde is also a paid advisor for the South Jersey Information Equity project.

Clyde Hughes hails from Beaumont, Texas, known for its heavy rainfall — the most in the state—and frequent hurricanes. He grew up with an older brother, two younger twin brothers, and had supportive parents who nurtured his budding interest in journalism though they were baffled about its origins. What he remembers most about his childhood and hometown is the uncomfortably humid weather and the winters, which, by comparison, felt more like summers in New Jersey.

Beaumont is also where Clyde got his start in journalism as a college intern for The Beaumont Enterprise in 1983. With Beaumont being such a small town, there wasn’t much competition for the paper, says Clyde: “We were pretty much by ourselves.”

In 1984, Clyde graduated from Lamar University with a degree in Mass Communications. After college, he went back to the Beaumont Enterprise and covered local news and sports. Over the next five years, he worked his way up to a federal courts reporter position at the paper. From there, Clyde landed a job at the Toledo Blade and moved to Toledo, Ohio. The Toledo Blade had indirect competition from outlets in nearby cities, including Detroit and Cleveland, which created an exciting environment for journalists.

“We never, ever wanted a reporter from Detroit or Cleveland to come into Toledo or our area and beat us on a story. Challenging? Yes. But at times, I really thought that it was fun,” he said.

Hughes started off covering news and then focused on sports reporting for eight years. He then worked as the Urban Affairs reporter at the Toledo Blade, covering minority and ethnic issues for seven years. A memorable achievement for Hughes was his work on a three-day feature series about the Latino Community. Clyde recalls being the first journalist at a major newspaper in Ohio to delve deeply into the Latino community, and looking back, he describes this effort as humbling: “I thought the community learned a lot from the experience.” he said, adding, “I thought the story actually made a difference.”

Clyde knew all his life that he wanted to be a journalist because of his love for reading. He had a speech impediment that others often ridiculed, and he turned to writing, which allowed him to voice his thoughts. After almost 18 years at the Toledo Blade, Clyde left the paper and went to Indiana to work in Public Relations at Purdue University for five years. After this break from the news industry, he took a leap of faith in 2012 to start freelancing full-time in Indiana for another five years before moving to New Jersey in 2017.

Once he settled in South Jersey, Clyde saw the need for more online coverage of Black and Brown communities there. This need presented an opportunity to serve these communities while building a new venture: So Clyde thought: “why not put it to good use and see if I can build a business around it?” He decided to give it a try, “and that is how AC JosepH Media was born,” says Clyde. The company houses Front Runner New Jersey, a publication “highlighting the people, events, and causes that make South Jersey special.”

Clyde is most proud of breaking news stories in the Black and Brown communities that other mainstream media tend to overlook, which helps to set Front Runner apart from other outlets. In 2021, Clyde was selected to participate in Facebook’s Bulletin news service.

Through this initiative, Facebook has pledged $5 million to assist writers wanting to start or continue publishing free and paid Bulletin newsletters. Building on this success, Clyde says he is also working on a Facebook grant to produce multimedia coverage of the positive developments in South Jersey.

As the president of AC JosepH Media and editor-in-chief of Front Runner, Clyde works to expand the brand and cover more stories in South Jersey. He is passionate about seeing more news coverage for many communities in the area and fairness when writing about these communities: “Factual integrity and being able to trust the writer is major when telling the stories of others.”

This profile is part of a series highlighting Black journalists and media makers in South Jersey as part of the South Jersey Information Equity Project.

Adrienne Bauldock is the project coordinator for the South Jersey Information Equity Project. The project is funded thanks to a grant from the Independent Public Media Foundation. She can be reached via email at [email protected]

About the Center for Cooperative Media: The Center is a grant-funded program of the School of Communication and Media at Montclair State University. Its mission is to grow and strengthen local journalism, and in doing so serve New Jersey residents. The Center is supported with funding from Montclair State University, the Geraldine R. Dodge Foundation, Democracy Fund, the New Jersey Local News Lab (a partnership of the Geraldine R. Dodge Foundation, Democracy Fund, and Community Foundation of New Jersey), and the Abrams Foundation. For more information, visit CenterforCooperativeMedia.org. Adrienne Bauldock is a media specialist who is networking active creatives all over the New Jersey region. Adrienne can be reached at [email protected] 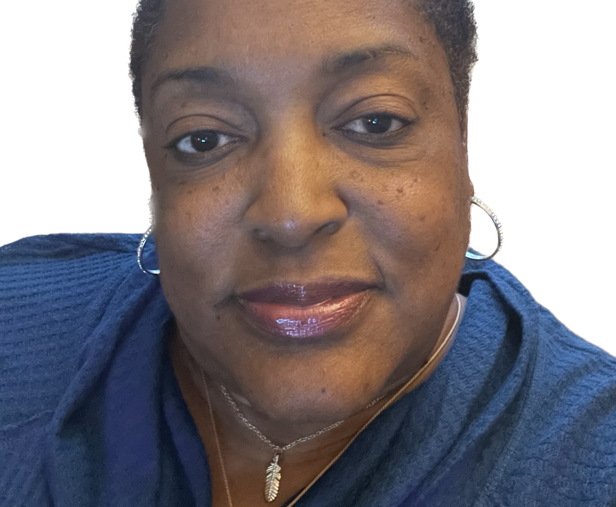 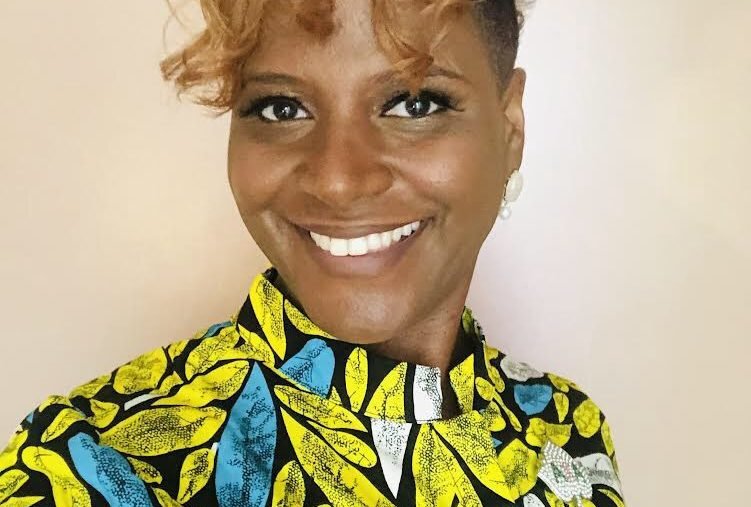